A Pokemon player in Clarksboro, New Jersey, had to call 911 after getting herself stuck in a tree while tracking characters in the Eglington Cemetery. The young woman was rescued with the help of a firetruck ladder. To Pokemon Go players in San Diego fell from a cliff while playing the game. Luckily both survived. In Flower Mound, Texas, a teen was bitten by a venomous snake while playing Pokemon Go. The lad was walking through a local park when … END_OF_DOCUMENT_TOKEN_TO_BE_REPLACED

Here’s something you don’t see every day: French authorities say a woman was arrested in Paris for apparently smuggling a small child onto the plane in her carry-on bag. Officials for the Air France Flight 1891 from Istanbul to Paris found the hidden stowaway. French police have launched an investigation. This sounds like something my dad might do to avoid having to pay for an extra seat. Or maybe they had more nefarious intentions in mind. Either way, this falls … END_OF_DOCUMENT_TOKEN_TO_BE_REPLACED

In Saint Paul, Minnesota, a woman who’s car was hit by a vehicle driven by an employee of the Parks & Recreation Department is suing the city. Not all that unusual. What makes this lawsuit unusual is that she is the reckless employee from the department who smashed into her own car while at work. “Because I was working for the city and driving a city vehicle, I feel they are responsible” she says. If she’s successful, maybe the department … END_OF_DOCUMENT_TOKEN_TO_BE_REPLACED

In a town in India, a man was tired of complaining about a pot hole on his street. He had been repeatedly asking officials to get it fixed, but never received a response. So he though maybe a little bit of trickery was in order. The man proceeded to make a life size model of a crocodile, then he installed it into the 12-foot-wide crater. For a more swamp-like affect, he embellished the hole with green paint. Workers came by … END_OF_DOCUMENT_TOKEN_TO_BE_REPLACED

Now here’s an accident you don’t see every day: a 12-year-old boy in Pennsylvania had his arm severed in an apparent firewood-cutting accident. The boy, Seth Apel, was working with his dad and brothers. He had gone by himself  to unload a pile of wood from the tractor when somehow his sleeve was snagged by a PTO, a piece of equipment attached to the tractor that rotates. (Dad was about 500 yards away, up a hill.) His grandfather, who lives … END_OF_DOCUMENT_TOKEN_TO_BE_REPLACED 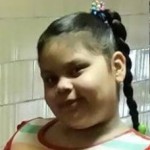 Owasie Reid, a New York City EMT, was with a partner transporting a nursing home patient the Wednesday before last. As they were driving by a school in Brooklyn they were flagged down by a man who said that his 7-year-old girl was choking on her lunch and needed help. No one at the school was assisting the child, and so he did what any decent human being would do: he stopped and administered 1st aid, believing that the choking … END_OF_DOCUMENT_TOKEN_TO_BE_REPLACED

Dodging Beehives in California In Coronado, California, in mid-September, residents were sent scrambling when a beehive fell from a tree releasing an angry swarm that terrorized the neighborhood.  At leas 6 people were stung, including police officers who responded to the scene. Leaving A Million Dollars Laying Around In Kentwood, Michigan, a woman who had won a 1 million dollar prize in the Michigan lottery left the ticket in a pile of mail for months and forgot about it, and … END_OF_DOCUMENT_TOKEN_TO_BE_REPLACED

Recently, in Woodland Park, Colorado, the remains of 18-year-old Joshua Vernon Maddux have been found. The teen mysteriously disappeared seven years ago, and his family has been searching for him ever since. His body was found when an old abandoned cabin was being torn down. He had apparently gotten stuck in the chimney of this cabin. His death is being ruled an accident, as there is no sign of any trauma on his body. No one has any idea what … END_OF_DOCUMENT_TOKEN_TO_BE_REPLACED

Daycare Fight Club In Cranford. New Jersey, two former employees of a child care center were accused of instigating and then encouraging fights among a group of children under their care. Insult on top of Injury In New Castle, Indiana, a 22-year-old woman was charged with battery and failure to stop after she allegedly struck a woman with her car, then moments later got out and bit the pedestrian. Feeling Deflated In Tulsa, Oklahoma, an armed robbery suspect was nabbed … END_OF_DOCUMENT_TOKEN_TO_BE_REPLACED

They say crime doesn’t pay, and in many cases this is true. For example, studies have shown that drug dealers earn less per hour than McDonald’s workers unless they happen to be at the upper echelon of the trade. (Its that allure of hitting the “Big Time” that draws people in) So perhaps no case serves as a better example of this concept that the story we’re about to discuss. Recently there was an incident where3 friends decided to steal … END_OF_DOCUMENT_TOKEN_TO_BE_REPLACED